Skin Deep: a discussion about choice in MinecraftEdu with gr. 4/5 girls 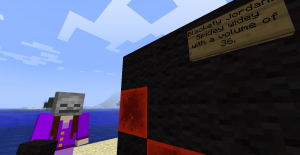 As I may have already said, I am a teacher a in a program of choice in the Toronto District School Board, namely; the Jean Augustine Girls’ Leadership Academy.  This year I was fortunate to have a small grade 4/5 class of 15 girls.  We switched from vanilla Minecraft to MinecraftEdu in March.  My students -especially those who were in my class last year- were excited by this, because it meant that they could pick their own names, and avatars for the first time.  (Before they had been using my accounts, with avatars and names they did not choose).  Some students created more than one avatar, and depending on what project they were working on they would choose who they would play.  This is important to know because it was the catalyst for our discussion on this day.

At the end of May, I decided to conduct our Math lesson on determining the area of a rectangular prism on Minecraft*.  As I wandered around the game observing my students work, I noticed something interesting: some of my students had decidedly male names for their avatars.  For example there was: Ishabro, Boyboyboy, and Male123.  One of the avatars had a mask covering their face, so you could not tell for sure, at first glance, whether it was a boy or a girl.  I found this very interesting and decided that we should have a debrief about how students chose their avatars and names**.

(Some) of the Discussion

I asked the students mentioned above how they chose their names.  One had reveal that Ishbro, was a mistake and was just suppose to be ‘bro.’   One day, when I was at a workshop, her table group had been passing notes through a Google Doc about nicknames they wanted.  She had made a typo, and instead of a space between ‘is bro’ her sentence became: “my nickname Ishbro”.  This stuck. I asked ‘why bro?’ and she said they were just picking weird names, and because they would say ‘she’s my bro’.  I thought this was interesting too, but brought the talk back to Minecraft, and asked others how they made their choices.

When I asked again about why the class made different choices in names or avatars I discovered, as the talking stick was passed around, that their reasoning was quite simple: they wanted to create a new avatar away from their own more valued (or ‘main’ avatars) that they could use for teacher directed lessons.  With limited choice in avatar skins many, (1/3), decided to pick boy skins.  One student revealed that she picked her -male- skin because she thought it was ‘sooo cute’ and chose the name Apple for the avatar because she thought it fit.

I asked if it mattered what kind of skin, or name they chose to use in game, and got a resounding ‘No!’ from the class.  The only dissenting voice being from one student who wished we could have a chart with a list of all the avatar names people used so we could identify each other in game more easily.  Everyone thought that was a good idea, and she created and shared a chart in Google Docs for the class to fill out that night.  They all strongly expressed that the skin a person chooses in game is just a skin.  I asked my students if there would be a time when choosing a different gender would matter, and they said the only time it would matter was if someone was using it as a way to try and get personal information from another player i.e. online predators.  But the sense was that this was not a real concern to them in on our multi-school server, just a worst case scenario.  Other than that, it did not matter to them how players decided to represent themselves.  To them “the play’s the thing”.

Yet, even so, during the discussion what kept up was the issue of choice of skin.   Ishbro shared that she had put a mask on her character because she wanted to make her girl skin look different.  Upon her sharing her thinking, many students wanted to learn how to use masks to make their skins a bit different too.  Along the way more students started to talk about differentiation in the skins.  One student was upset because there was only two “black” skins.  One student, who does not wear a hijab, noted that there were no skins with hijabs.  Many students added their feelings about the lack of variety and number of skins in MinecraftEdu for girls and boys, as well as the total absence of gender neutral skin (animals, creatures…).  I was blown away by their eloquence and the obvious amount of thought they had given to this topic.  It seems, that to my students, the choice you make isn’t what matters, but having a choice does.

All of this discussion about skins in MinecraftEdu has not dimmed my students’ love of the game, or interest in playing.  They are hopefully that MinecraftEdu will add more skins over time.

After this discussion I asked some of the male members of my Minecraft club what they thought about the choice of skins in MinecraftEdu and they said pretty much the same thing.

My student were also happy when @MinecraftEdu responded to our tweet: 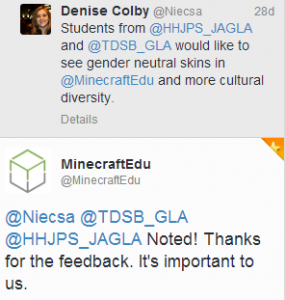 *I will write up the Math lesson with pictures at another time.

**Note: I tried very hard to maintain neutrality in this discussion.  I asked open ended questions as much as I possibly could, and followed where the discussion took us.  I also kept my opinions and ‘two cents’ out of the talk allowing students to do the majority of the talking. 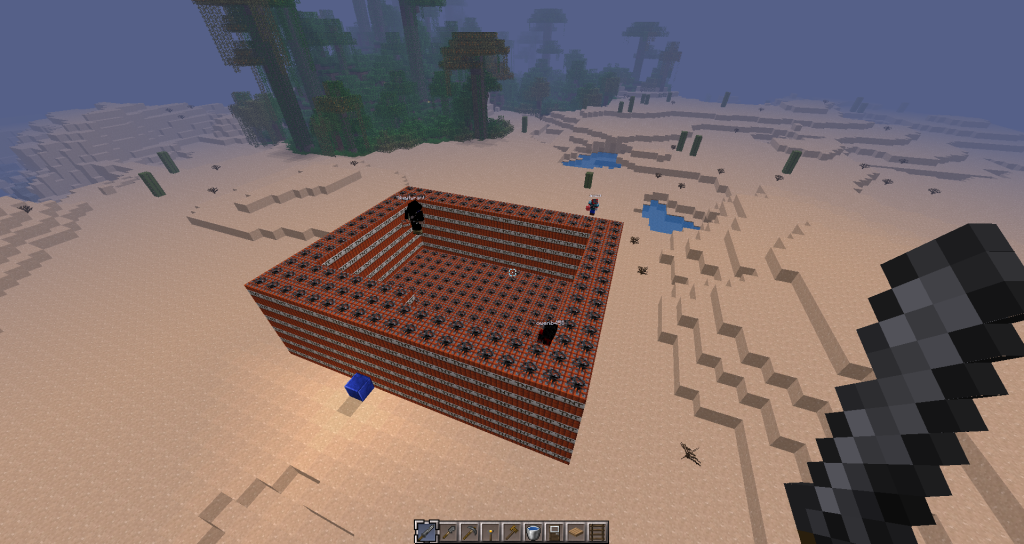 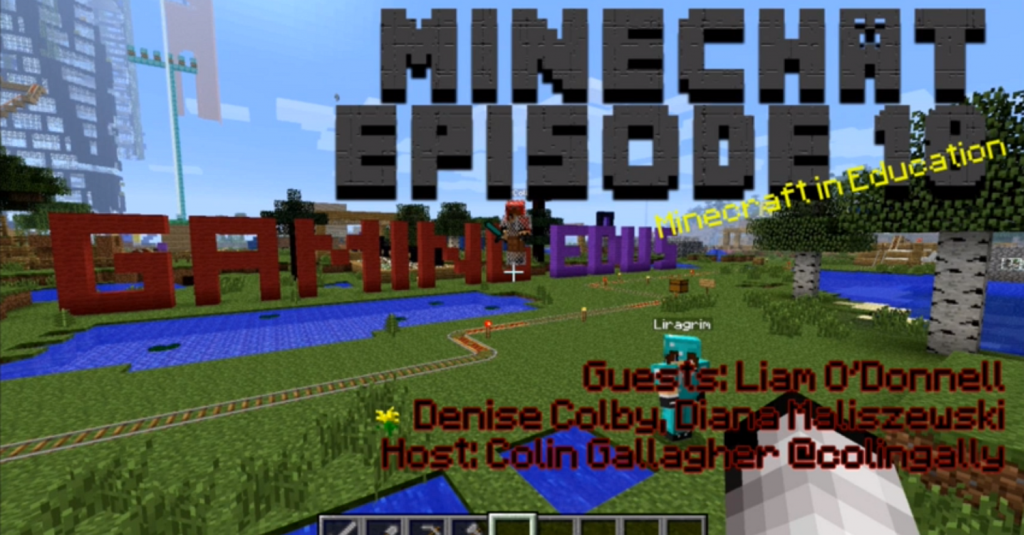